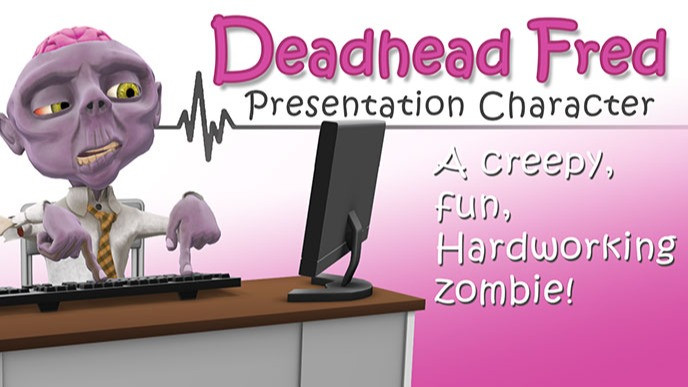 We want to introduce Deadhead Fred, the hardworking and dedicated office zombie.

Deadhead Fred is our newest addition to our Presentation character collection. Add him to your presentations to add a fun and creepy element for Halloween, or if you just like zombies:)

But was Fred always a zombie? Read his story and find out! 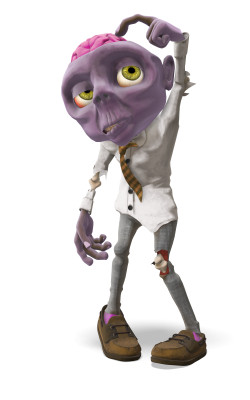 No, he was once full of life and loved working hard for his job, but one morning would change Fred's fate forever.  You see, Fred is what you would call a super dedicated employee x1000, and always striving to be the best employee whatever it took. 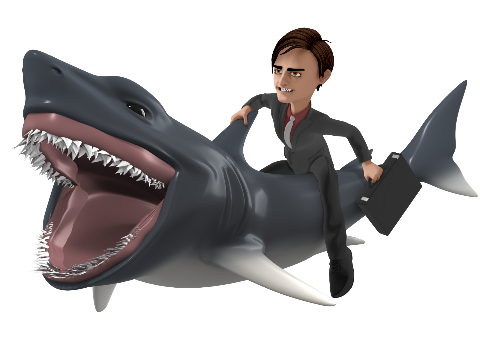 He would work and work and work, getting very little to no sleep.  Yes, things got done, and his hard work landed him employee of the month twelve months out of the year.  But at what cost?

One calm, peaceful morning, the orangish sun arose from its slumber with a pink hue that saturated everything it touched, and all seemed as it should be. However, Fred didn't have to wake up that morning because he never went to sleep. You see, he had just pulled an all-nighter to finish a project that had a deadline about two weeks out.  With no sleep, Fred stumbled out of his home office, across the living room to his trusty friend " The Java Joe Brewer 2000," which was always sure to keep him motivated. 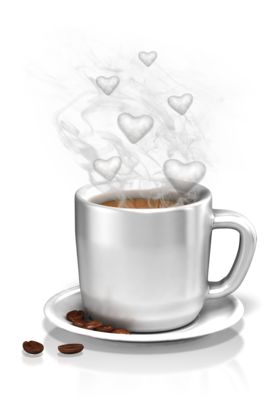 As he met his mechanical friend with a welcome coffee cup, he sensed something was terribly wrong. Fred's senses were confirmed when his finger met the brew button, pressed it, and time stood still; absolutely nothing happened. The coffee machine was broken!

Fred's energy tank was almost empty, and he severely needed to find that magical brown liquid to replenish his motivation.  In exhaustion, Fred scrambled to put together a plan B.

That's when he remembered the little coffee shop right down from his home.  As fast as he could muster, he walked out of his city apartment out into a world that seemed too busy for him to face right now.  The three blocks it took him to walk to the coffee shop consumed all the energy left in his tank, which was now running on just fumes.  He was so tired and unable to stand up straight anymore as he approached the coffee shop.  His feet drug under him like lead weights were tired to them.  His arms, too weak, lifelessly dangle at his sides.

However, he made it to the entrance! Fred proceeded to push the door open with the dead weight of all he now was.  Only to find the door meet him back with a solid, I don't think so.  He slowly looked up and was greeted by a sign that blurred in and out of focus as he tried to read it.  As it finally came into focus, it read, "sorry, store closed due to renovations."  At that moment, he saw his life flash before his eyes.  All those work hours, awards for employee of the month,  praises from his boss seemed like something of a blissful far-off dream.  Then, all went dark. 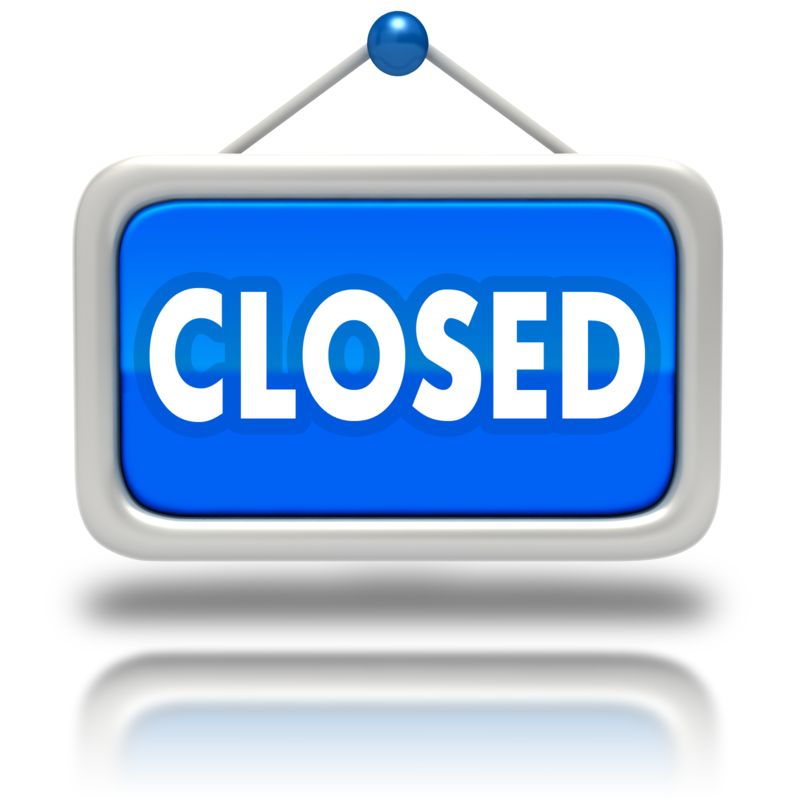 Fred awoke from his temporary slumber to find that he was still alive.  Or so he thought. Getting up, he still felt like his body was heavy and lifeless like before, but now he didn't seem to care. As he slowly dragged himself past the storefront window.

As he peered in, but while doing so, he caught a glimpse of his reflection.  He stood there hunched over with his jaw open at what we saw.  He was no longer the lively person he remembered seeing in the past.  He realized at that moment; with the absence of coffee to sustain him, he had worked himself to death. 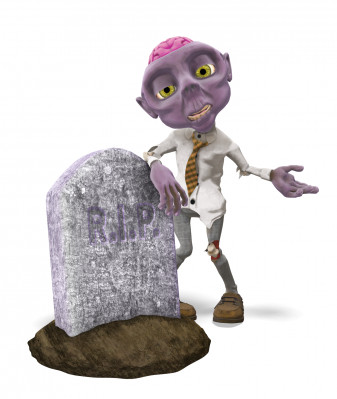 Although moving a little slower and feeling a lot more brain dead, he realized he didn't at all feel tired anymore.   So now, reanimated as a zombie, he would continue dead-icated his life to his work. Oh yeah, and weirdly, the last thing Fred was craving when he was alive became the one thing he now needed to survive as a Zombie.  Coffee! 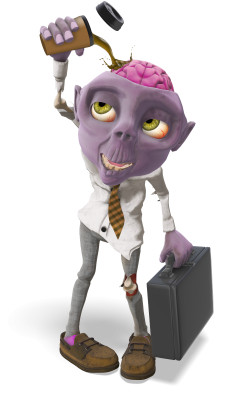 Some say they would catch him once in and while slowly lurking behind a co-worker carrying a steamy cup of coffee.  Well, that is the story of Deadhead Fred.

So what's the moral of this story?  You only get one body. So guard your health, precious time, and don't overwork yourself.  Oh yeah, drink plenty of coffee, and love life!

Deadhead fred will make a great creepy fun addition to any of our PowerPoint templates, or to your existing presentations.  He would also add a fun element to any Google slides or keynote presentation.

By: Judd Albrecht
Judd enjoys anything creative. As a content designer at PresenterMedia, he gets to put that creative desire to use everyday. "Every day I'm excited to come into work and start creating great content for our subscribers". He has degree in computer animation with over 15 years of graphic design experience, which has given him the skills to design quality graphic content. When he's not at work, he finds time enjoying the great outdoors, jamming on the bass guitar and playing with his kids.